Although I was skeptical from the beginning, it is possible to drive around the entire island of Sicily in one week.  And in doing so, there is the opportunity to see the full variety of terrain, treasures and tastes that this island has to offer.

Our interest in Sicily began in a bar in New York. The wine bar, which is no longer open, served only Sicilian wines, salamis and cheeses, and in the few times we visited, we felt we had tried (and loved) everything Sicily had to offer.  So, when we were looking for a place for a one-week vacation in Europe, we jumped at the chance to go explore this Italian island.

Overall, Sicily isn't as rough and tough as it may sound with its Mafia history, but it does have an edge that makes you believe some of the stories you have heard could quite possibly be true.  We found we enjoyed the north-eastern part of the island the best and could have spent an extra day or two there versus Palermo on the western side.  And we definitely would have planned the trip later in the summer since mid-May was just a bit too early to swim. 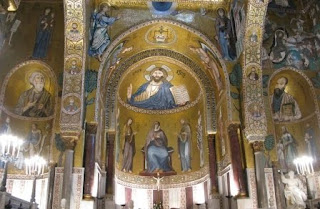 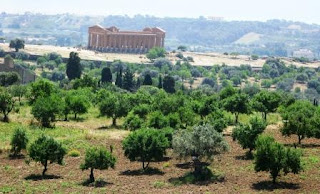 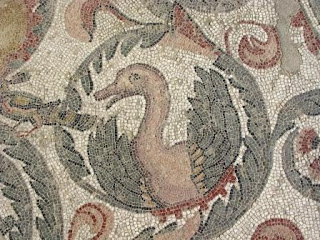 Hotel Porta Felice (Palermo, Via Butera, 45 90133 Palermo, +39 091 617 56 78, info@hotelportafelice.it , http://www.hotelportafelice.it/en/home/) A bit off the beaten track, but a nice 4-star hotel with amenities rare for Sicily (like free internet) and a great rooftop terrace perfect for sipping wine at sunset.

Eremo della Giubiliana (near Ragusa, SP 25 per Marina di Ragusa, +39 0932 669119, http://www.eremodellagiubiliana.it/eng/index.html) An old convent converted into a boutique hotel, completely secluded from city life and quiet enough to enjoy a bike ride to the sea (bikes available at the hotel free of charge), an incredible brunch with homemade Sicilian orange marmalade that even people who don't like marmalade (like me) will love and a courtyard built for sipping wine or smoking a cigar.

Hotel Cavalieri (Siracusa, Via Malta, n. 42, GPS: N37°03.909' E015°17.270', +39 0931 483635, info@hotelcavalierisiracusa.it) This boutique hotel, noted for its design, is run by a charming couple who make sure that you are well taken care of, but behind the friendly facade are two expert architects and interior designers who have transformed an old building into a beautiful mix of old and new, modern and classic.

Kursaal Kalh (21 Foro Umberto I, Palermo, 091 616 22 82, www.kursaalkalhesa.it/) - I recommend this place as much for the bar as the restaurant with a young atmosphere and an open, relaxing setting to sit and enjoy the people you are with.  The food was wonderful and moderately prices and the service was accomodating to English speakers.  After a number of bad meals in Palermo, I'll go back here immediately upon my return to Sicily.

Spizzulio (Via Panoramica Valle dei Templi, 23, 92100 Agrigento, 0922 20712, www.spizzulio.it/engl.html)
This is one of those places in Italy you always hear about - great food, traditional but simple cooking and a welcoming atmosphere - but never find.  Carmello is a charming host who speaks an incredible number of languages (Italian, of course, Spanish to the table next to us, French and English to us and who knows how many others) and actually recommended we skip the main dish when we got a bit carried away with appetizers and wine.

Posted by Stephanie at 6:18 AM

Email ThisBlogThis!Share to TwitterShare to FacebookShare to Pinterest
Labels: Italy